Longtime Chapter Board Member to be Inducted into Arizona Sports Hall of Fame - October 27, 2016 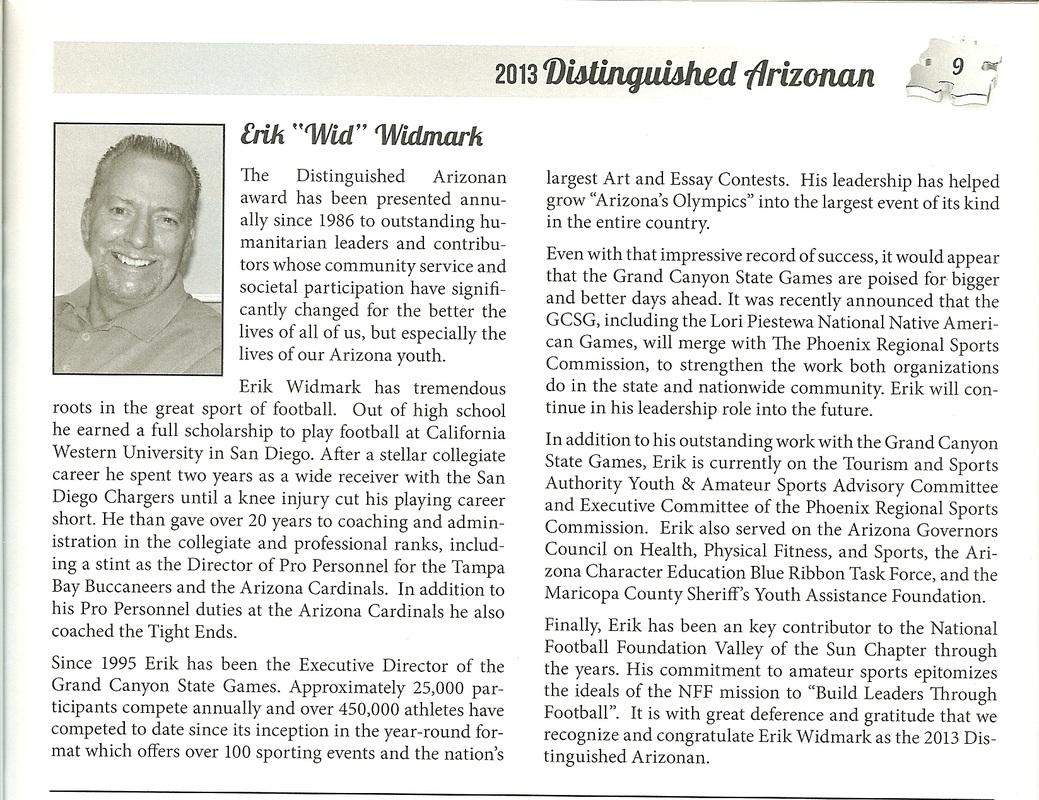 Local Athlete from Notre Dame Prep Honored -Sean Renfree
National Football Foundation Proudly Announces the 2012 NFF National Scholar-Athlete  Class
Sean Renfree a from Notre Dame Prep is now recognized as being apart of one of the most impressive classes in the storied history of the NFF National Scholar-Athlete Awards Program, The National  Football Foundation (NFF) & College Hall of Fame announced the 2012 recipients of the NFF National Scholar-Athlete Awards, presented by Fidelity
Investments, a leading provider of not-for-profit workplace retirement savings plans in higher education. The honorees also comprise the list of finalists for the 2012 William V. Campbell Trophy, endowed by  HealthSouth, which recognizes an individual as the absolute best scholar-athlete  in the nation. Selected from a nationwide pool of 147 exceptional semifinalists  from among all NCAA divisions and the NAIA.

2012 High School National Scholar-Athlete Awards selected from more than 400,000 high school football players, 26 finalists will be narrowed to five outstanding student-athletes who will be recognized in New York City in December at the NFF Annual Chapter Awards Luncheon presented by
Under Armour. Joshua Weeks from Show Low High School in Show Low, Ariz is one of the five and will be representing the Western Region.  He is currently attending Brigham Young University. 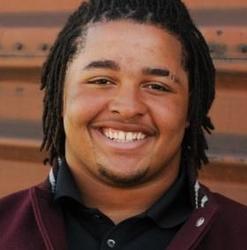 As a defensive lineman, Hood imposed his will on the field. He was honored by the NFF Valley of the Sun Chapter with the Curly Culp Award as the best defensive lineman in Arizona. He was rated among the state's top 25 players by the Arizona Football Coaches Association as a senior, and he was named All-Arizona by the Arizona Republic, also earning First Team All-State honors.

The team captain, Hood established himself as a fierce tackler, collecting 106 tackles (39 solo), 19 sacks, two forced fumbles, two fumble recoveries and two pass breakups his senior season, which ended with a state championship for the Huskies. As a wrestler, Hood was a two-time state champion.

Decorated academically as he is athletically, Hood posted a 4.52 GPA on a 4.0 scale and graduated in the top four percent in a class of 734. Honored by the NFF Valley of the Sun Chapter as a 2010 Scholar-Athlete, he posted three 4.0 academic years. Hood was a National Merit Scholarship Semifinalist and a National Achievement Semifinalist.

"Tevin was a great athlete and a great player," said Hamilton head coach Steve Belles. "He exemplified everything a high school kids should be in the classroom, out on the field and as a leader. Tevin was the leader of our defensive line. He inspired kids to be better than they were. That's what you look for in a leader."

Hood is also a member of the National Honor Society and a two-year president of the American Studies Club. He served as vice president of the LINK Crew, which helps orient incoming freshmen to high school, and mentored younger student-athletes. Hood volunteered his time visiting children's hospital patients and tutored for three years in the "Read Across America" program.