The “Todd Heap Award” is presented by the Chapter each year, beginning in 2021, to Arizona’s “Top High School Senior Tight End”. Heap was not only an Arizona All-State football, basketball and baseball player but was also honored by our Chapter as one of its Top High School Scholar-Athletes.
Todd Benjamin Heap is a former Chapter High School Scholar-Athlete, 1998, and helped Mesa Mountain View win back-to-back football state championships. His playing honors included Arizona All-Stars, All-Arizona, Super All-State, Arizona 5A Player of the Year, Ed Doherty Player of the Year, All-East Valley Two-way Player of the Year, and as a senior SuperPrep All-American. Heap went on to star at Arizona State University where he set the school record for tight end career receptions. Heap was a first round selection of the Baltimore Ravens in the 2001NFL Draft, later becoming a Pro-Bowl player during his 10 year Raven career and becoming the franchise’s all-time leader in touchdown catches and second all-time in receptions and yards. Todd would finish his pro career as a two-year tight end for the Arizona Cardinals.
Todd Heaps football legend has been immortalized by his inclusion in both the NFL Raven’s and his college alma mater, ASU Sun Devils’, “Ring of Honor”. 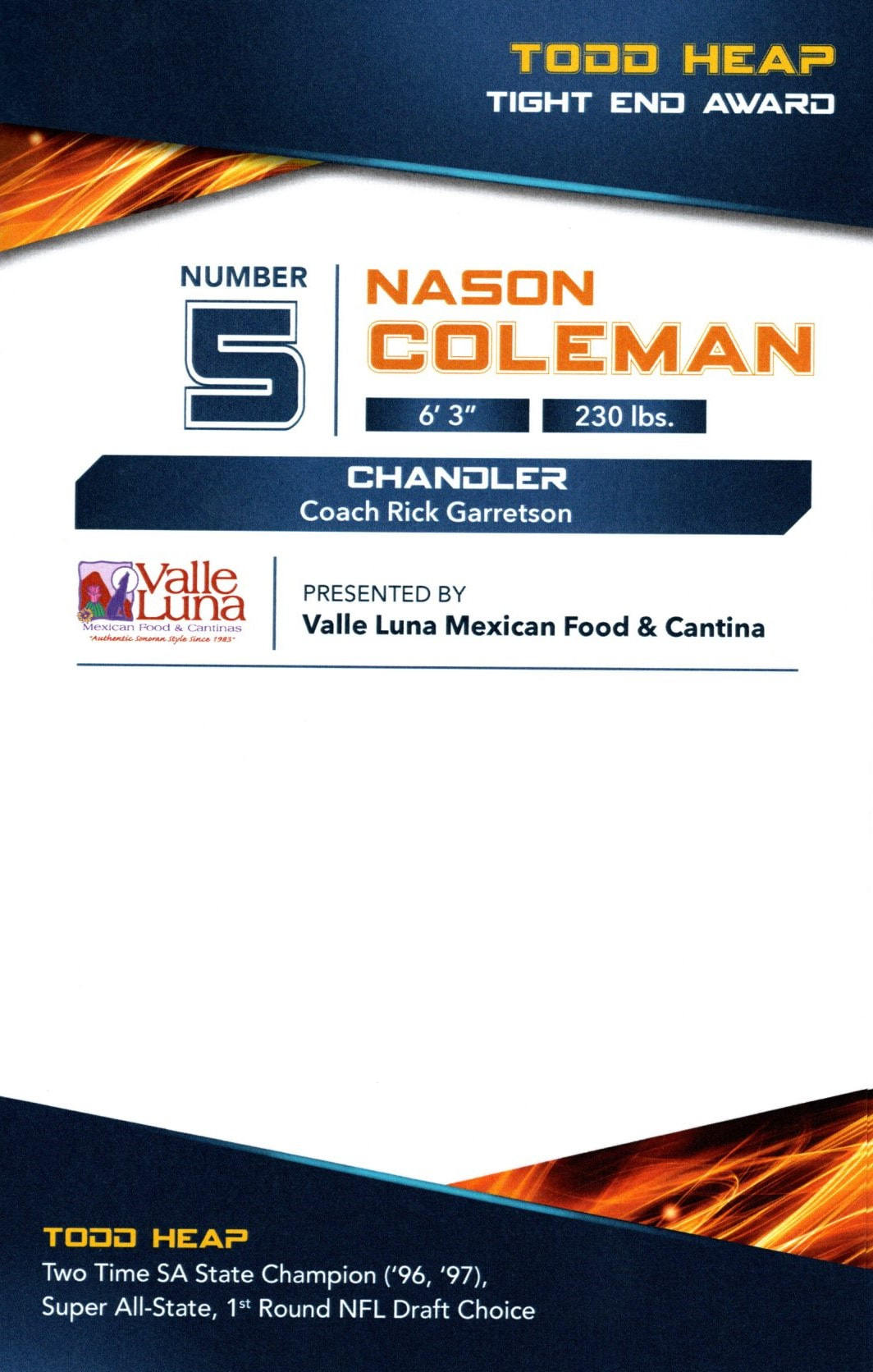