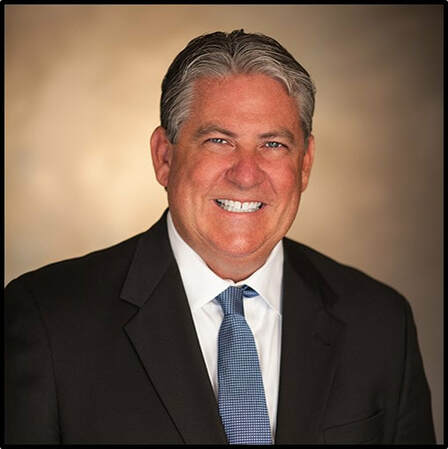 “I really admire the scholar-athletes we honor every year,” Adam says. “It is such a great achievement to be able to combine football ability with excellent academics and community service, and I am thrilled and honored to have been selected by my Board peers to  replace the amazing Janie Riddle who has served as our President and leader for the past ten years. This will be a real challenge with - the bar set high -  but this is a great organization served by many talented and dedicated  board volunteers to aid in accomplishing some very lofty goals.

After moving from Cheyenne, Wyoming, in the early 1980s, Adam enjoyed one of those “this-is-for-me!” moments as soon as he saw the “palm trees and bikinis” on campus at Arizona State University, from which he graduated in 1987.

He decided to settle in the Valley and in 1992 landed a dream job with the Cardinals. Adam's parents hailed from football-loving Texas, and Adam’s dad attended the Cotton Bowl for one of the very first games of the NFL expansion Dallas Cowboys in 1960 and hardly missed a Cowboys game thereafter, but Adam can make a broader football claim, having attended every Fiesta Bowl and nearly every ASU and Cardinals game since his arrival in Arizona.

After 17 years with the Cardinals, Adam worked for the Spark Agency, ASU Foundation, Fiesta Bowl,  and was recently Director of Partner Alliances with Arizona Central Credit Union.  Adam currently plies his years of football and sports multimedia skills as the Account Executive for Sun Devil Sports Properties, PAC-12 MMR.

Adam, Kelly, and their children, Blake (age 15), Chase (13), and Kate (7) currently reside in Chandler. Always enthusiastic as if her were a little kid, Adam admits to being thrilled about his recent election as vice president of the Chandler-Perry High School booster club to compliment his Foundation Presidency.
Valley of the Sun Chapter National Football Foundation, Phoenix, Arizona